Another one bites the dust.

Last week we got about half an inch of snow in the Philly metro area.  Naturally, traffic came to a screeching halt, and our normally manageable commutes lengthened to several hours each.  What to do to work off that traffic induced frustration?  Rip out another set of shelves of course! This time the guest room shelves were on the chopping block. 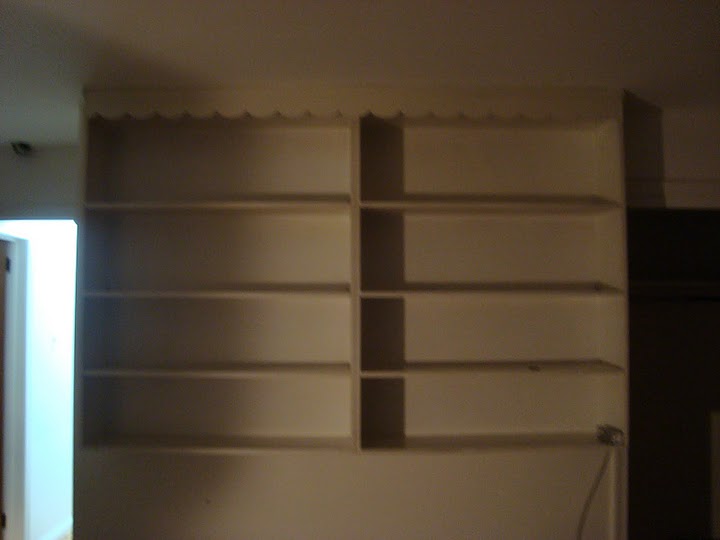 These shelves were massive – 3 feet tall and 4 feet wide, and were making the actually quite large guest bedroom feel cramped.  Plus, as is the case with most of the shelves, we just don’t have stuff we want to keep on them.  Except they are good for kitten storage. 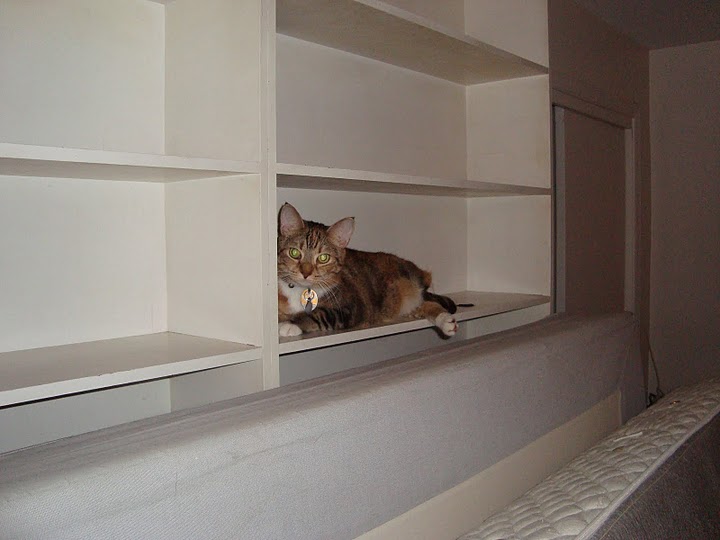 Each set of shelves was held into the wall by four massive bolts, that took a combination of a wrench, a hammer, and a screwdriver to get out.  We actually had to go into the closet in the adjacent room to loosen the nuts on the back! 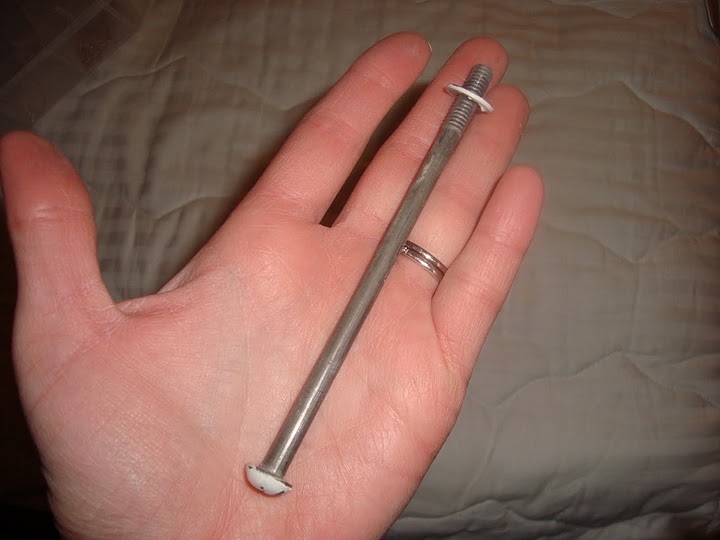 After taking out all the bolts on one side, we pried off the trim at the top. 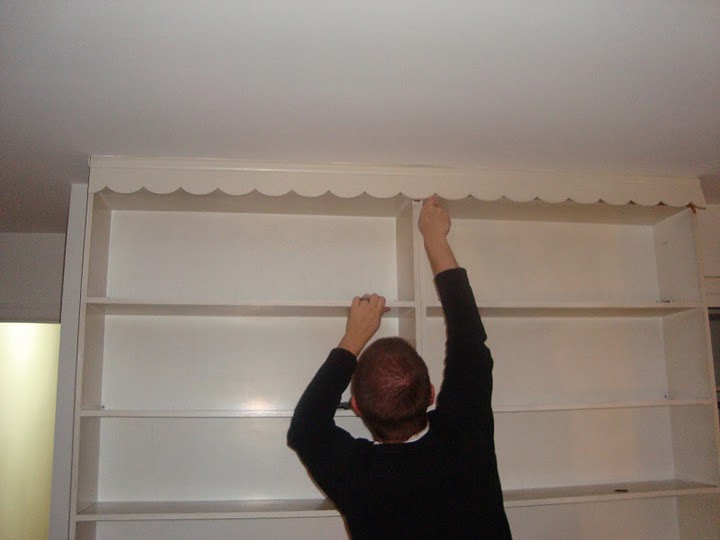 And then pulled it off the wall, revealing even more of the lime green wall color. 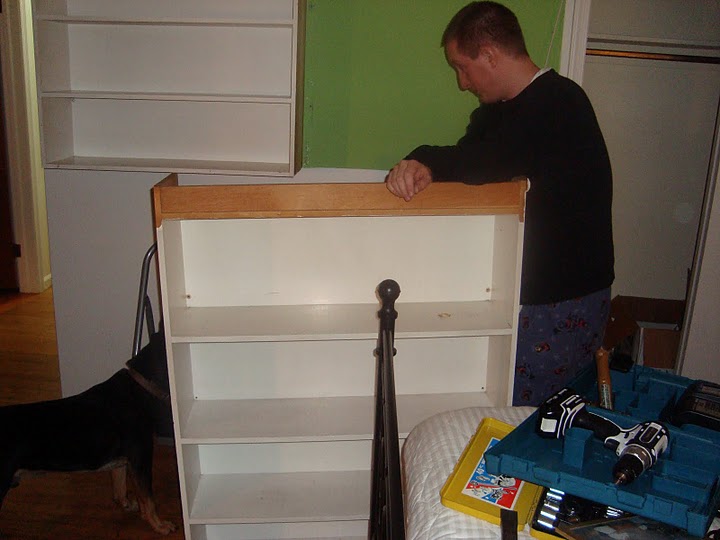 We repeated the process with the second shelf and posed for a victory picture (which Ren wormed his way into).  My sincerest apologies to my mother-in-law, who has to sleep in this eyesore of a room over the holidays.  She might be able to see this lime green even after she closes her eyes. 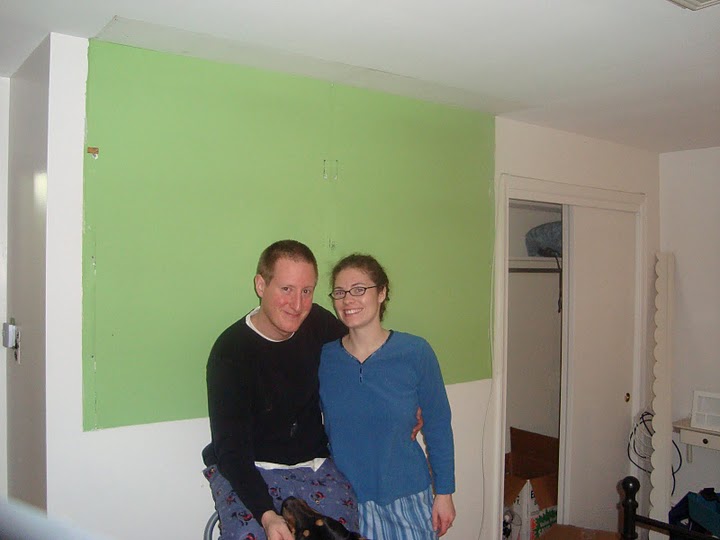 We moved the shelves into the hallway until we got a chance to list them on craigslist (we gave them away).  Alice took the opportunity to bid them a fond farewell.

I think she’s the only one who will miss these shelves though!  It’s amazing how much bigger and more open the guest room is now.  Now if we could only agree on a paint color to cover up that green.

This entry was posted in Guest Bedroom, Out with the old. Bookmark the permalink.

3 Responses to Another one bites the dust.