Good Bones Home vs. the Wallpaper (Round 1)

The entire lower level (including the ceiling) is wallpapered in this marbled grey.

Except for the half bath, that’s this blue floral mess. 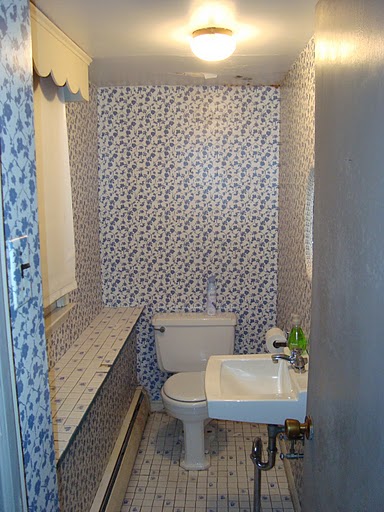 The kitchen has a subtle peach on peach striped paper with a floral boarder. 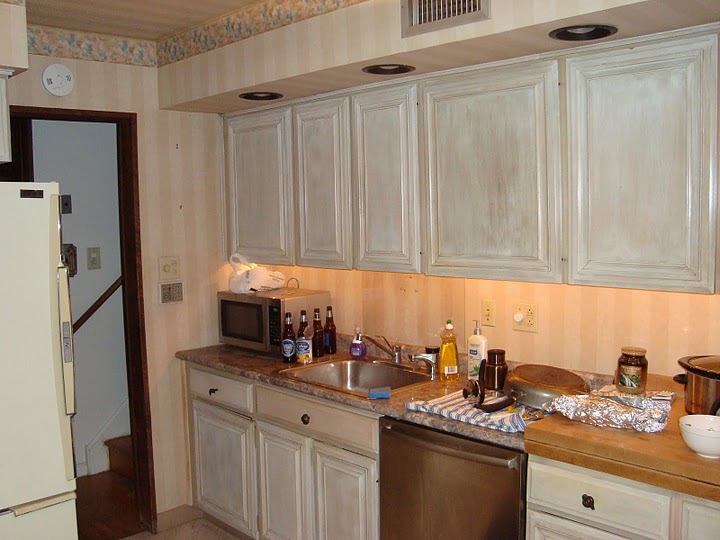 The hall bath has floral walls and a white wallpapered ceiling (which, don’t get me started, why would you wallpaper a ceiling WHITE?  Didn’t it look that way to begin with?) 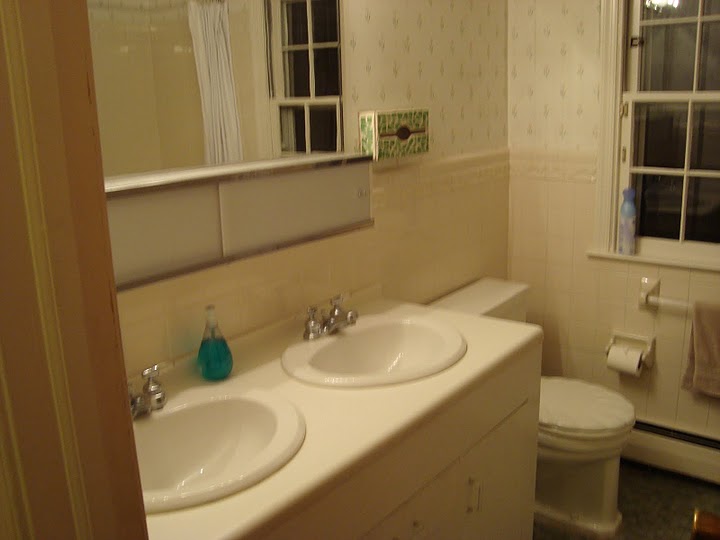 And finally, Rich’s office had one wall of the brightest plaid paper I’ve ever seen. 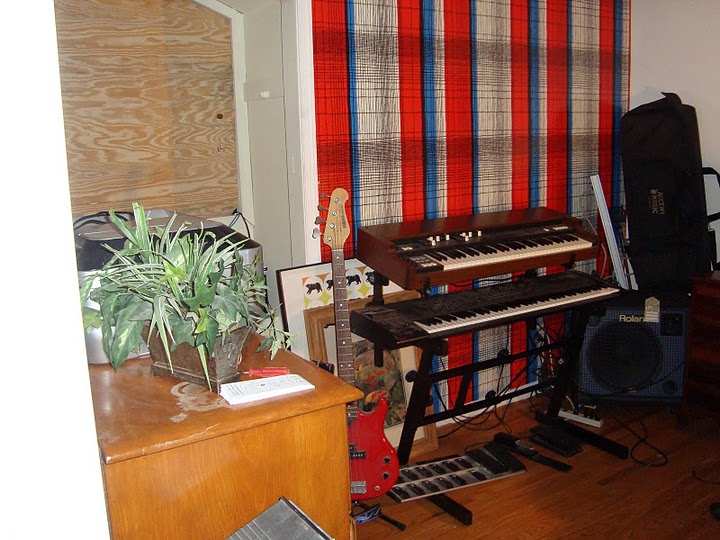 Did you catch that though?  HAD?  Yup, this weekend we took the first step in our battle against the wallpaper (or is the first step admitting we have a wallpaper problem?  Because I freely admit that) and tested our removal skills.  I picked up some supplies from Home Depot before we got started – a steamer, paper tiger, and some metal scrapers. 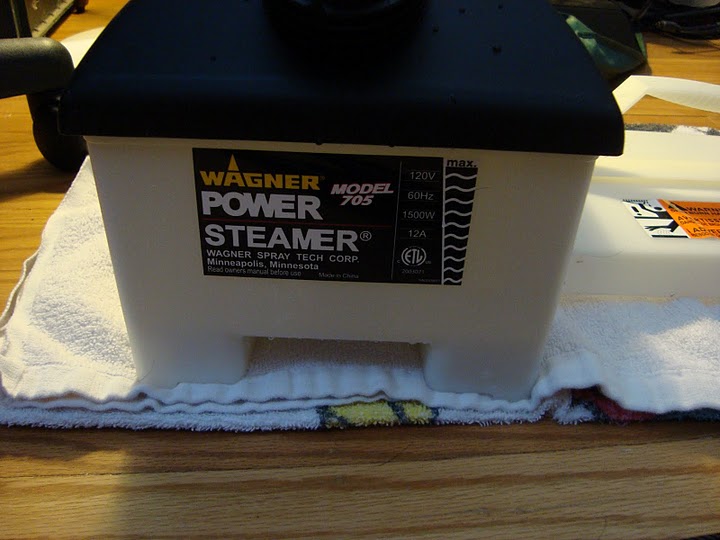 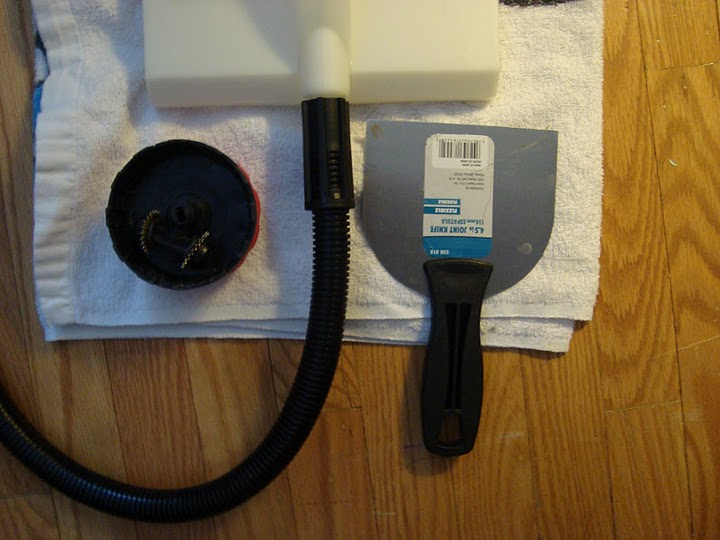 I scored the entire wall with the paper tiger while Rich cleared some of the furniture out of the room and the steamer was heating up. 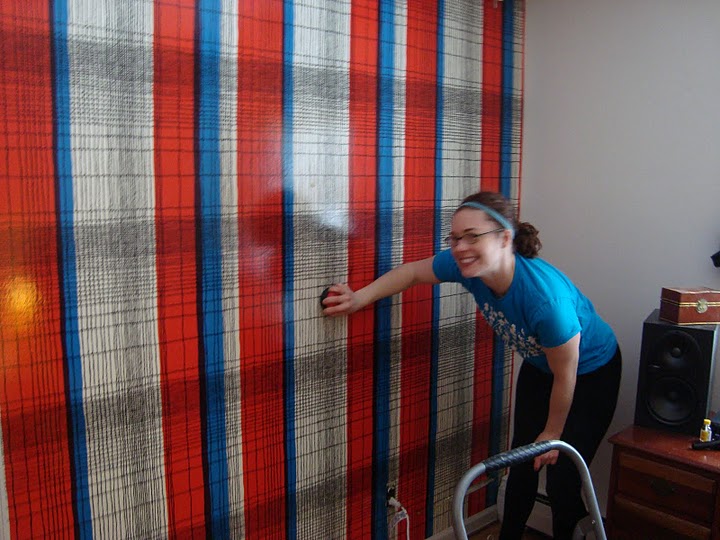 Then, just out of curiosity, I started prying up the edge of the paper next to the closet with the scraper.  And it came up.  With no problems.  No steam, heat, chemicals or scraping.

Just peeled off in full sheets that can also be used as a fashion accessory. 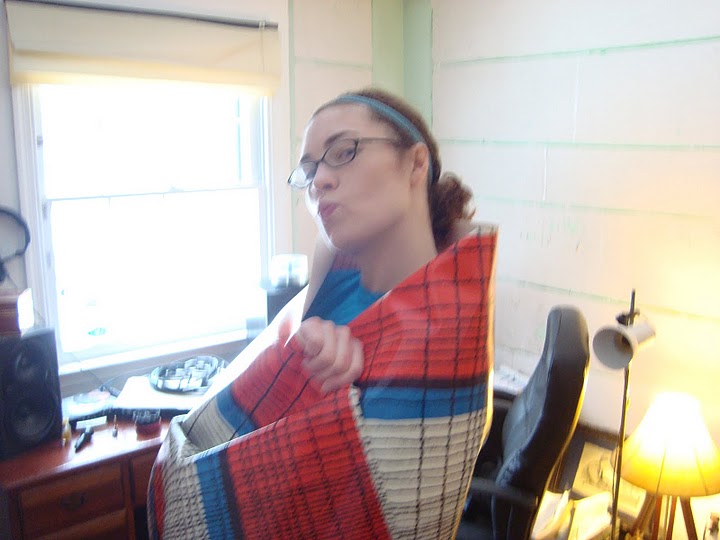 Of course, that also left us with a wall full of glue to clean off, which was only semi-successful, as you can see in this woeful after photo.

But Round 1 in this battle was a clear victory for the Good Bones Home crew!  Now, out of curiosity, I engaged the mudroom in a brief skirmish.  Future battles may not be as easily won, is all I’m saying.

But for now, we revel in our victory, and try and resist the urge to fashion cat sized jackets out of the leftover wallpaper.

Any of you battled wallpaper and lived to tell the tale?

This entry was posted in Office, Projects. Bookmark the permalink.

6 Responses to Good Bones Home vs. the Wallpaper (Round 1)