The month of February has unexpectedly turned into office makeover month here at Good Bones Home.  Rich recently started using his jazz skills playing in a band, which means he needs a room at home he can sit in and practice.  Unfortunately, his office was anything but appealing, even after we had pulled down the built-in bookcase and stripped the wallpaper.

Here’s a reminder of what that wall looked like after the bookcase came down.

What you can’t see in that picture is that there are about five layers of paint glopped on there, creating a surface that would look terrible and uneven if you painted over it.

We got some 80 grit sandpaper on our electric sander and started trying to even things out.  Unfortunately the more we sanded, the more chipped and uneven the wall became. 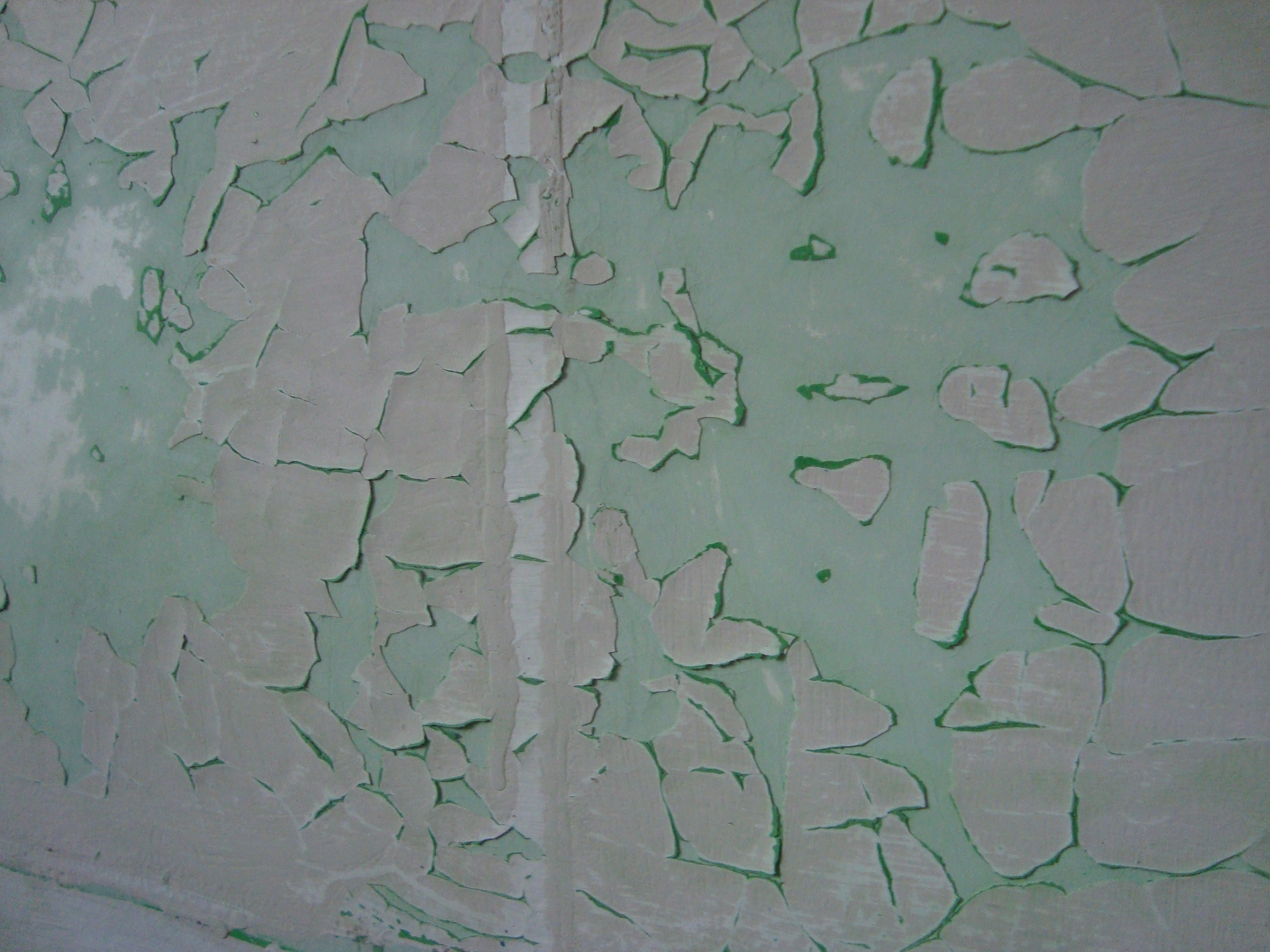 At that point we weighed our options – either keep trying to sand things down until we got to a smooth surface, or bring in the big guns. 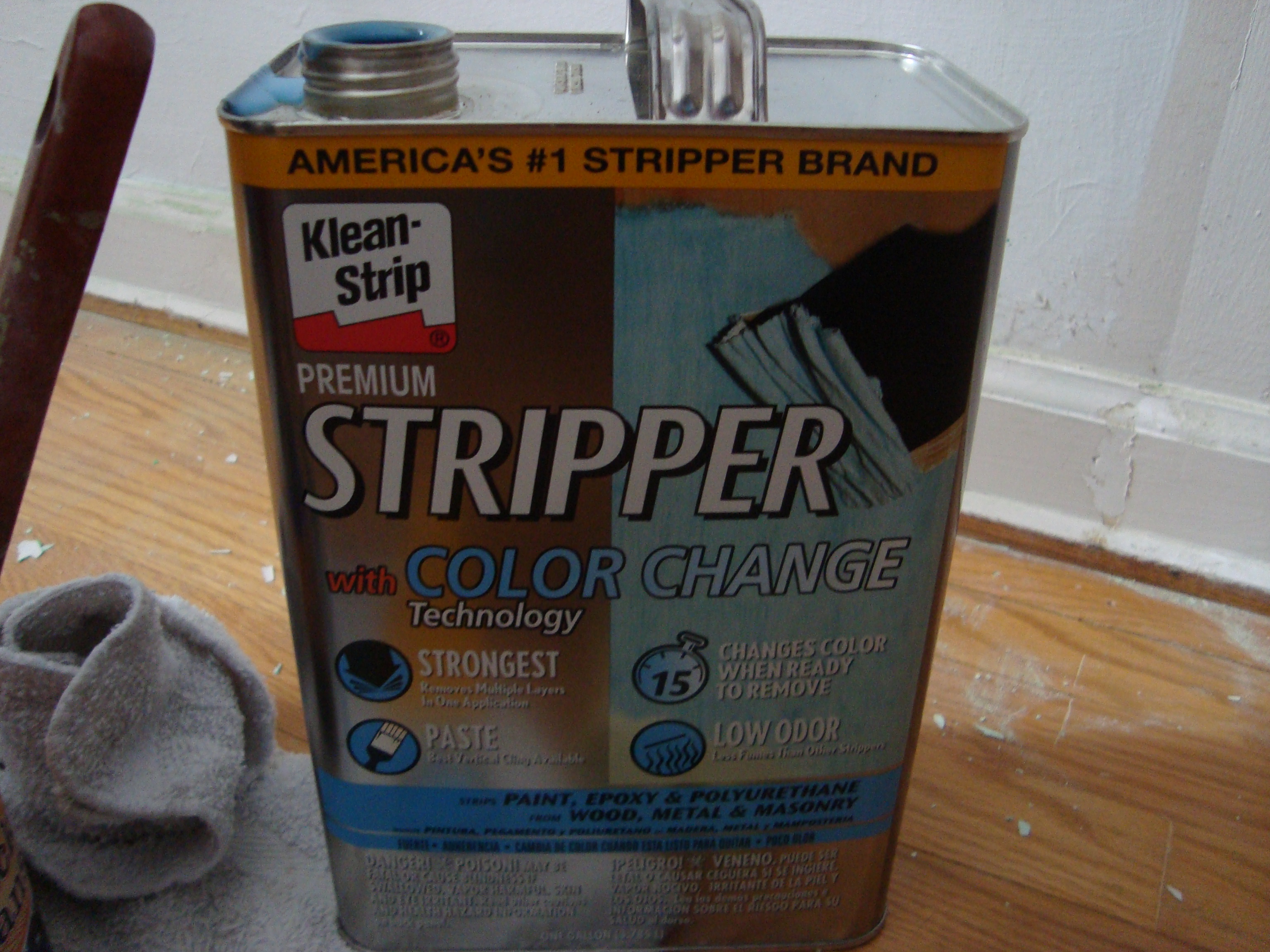 I’m struggling to come up with something positive to say about this project.  Honestly, it sucked.  It was messy and the fumes were awful and we kind of ruined the floor in there and it took seven hours.  My advice for anyone else working on this project – buy good chemical resistant gloves, use old paintbrushes you can throw away, wear goggles, open as many windows as possible, and cover the floors very well, and then avoid walking anywhere near the glop you will scrape off them. 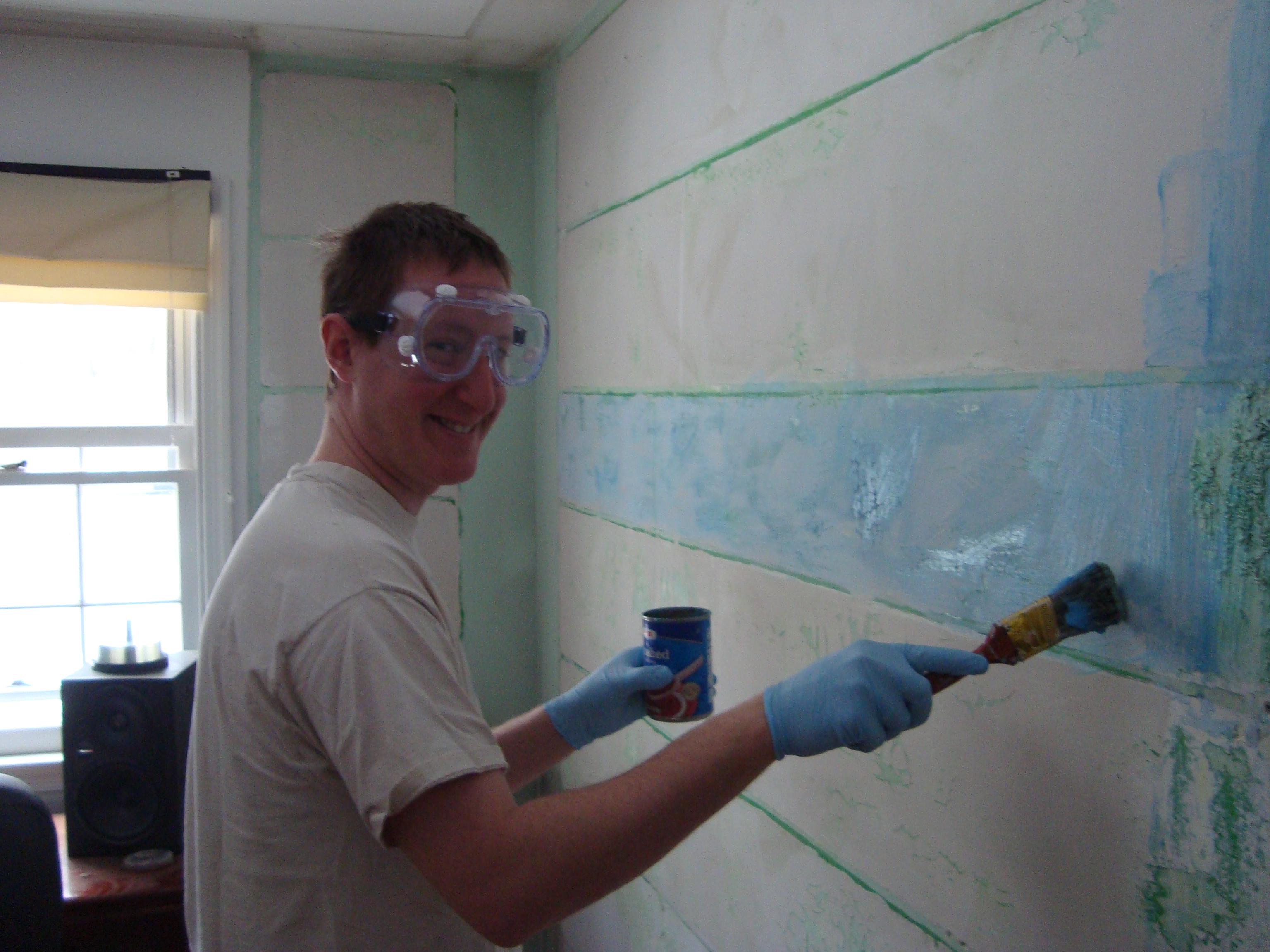 Here’s how things looked after two coats of stripper. 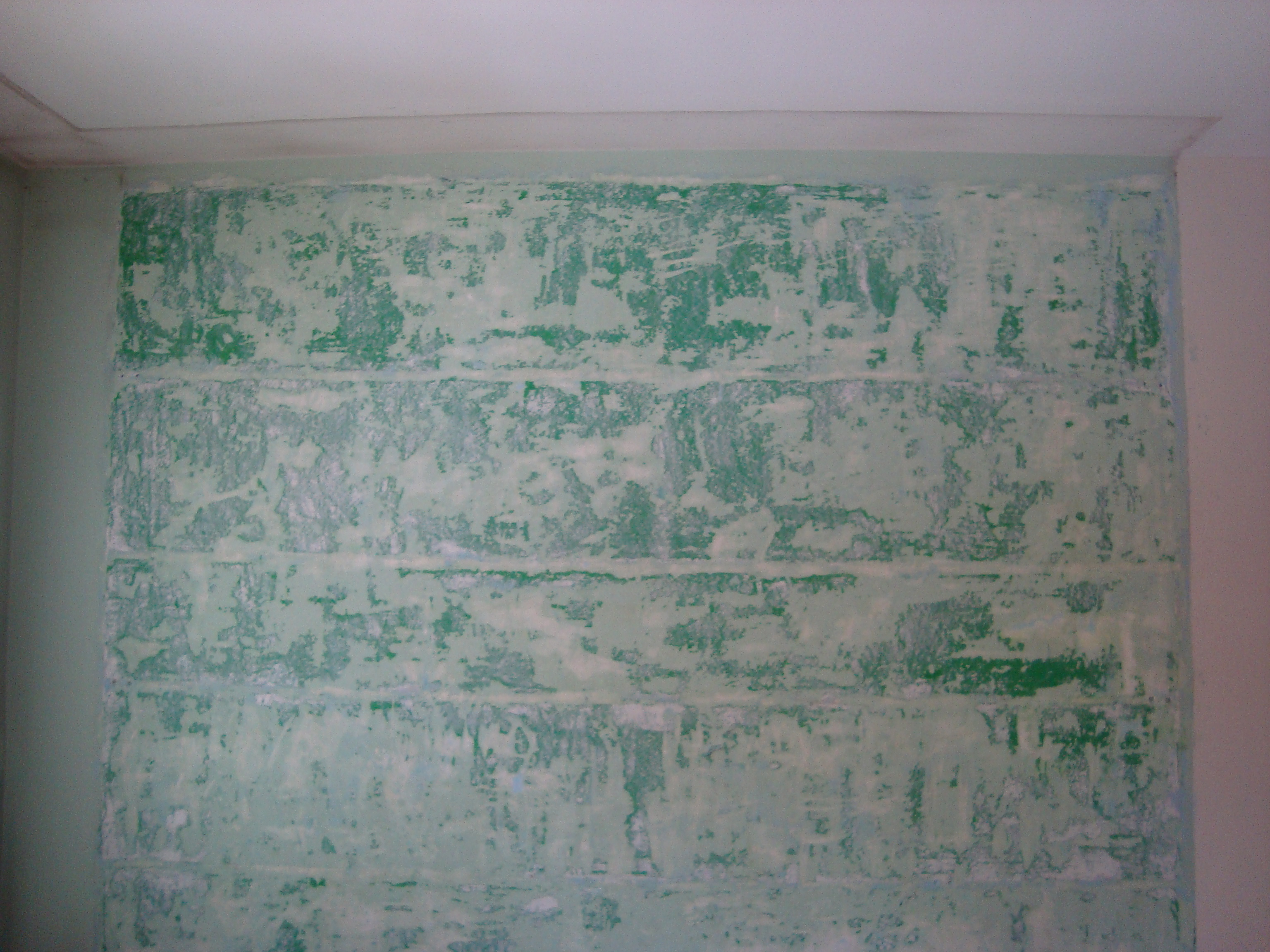 By this point we were considering just living with the mottled look and possibly starting a new trend.  But we pressed on and did one more coat of stripper, getting the wall to this state: 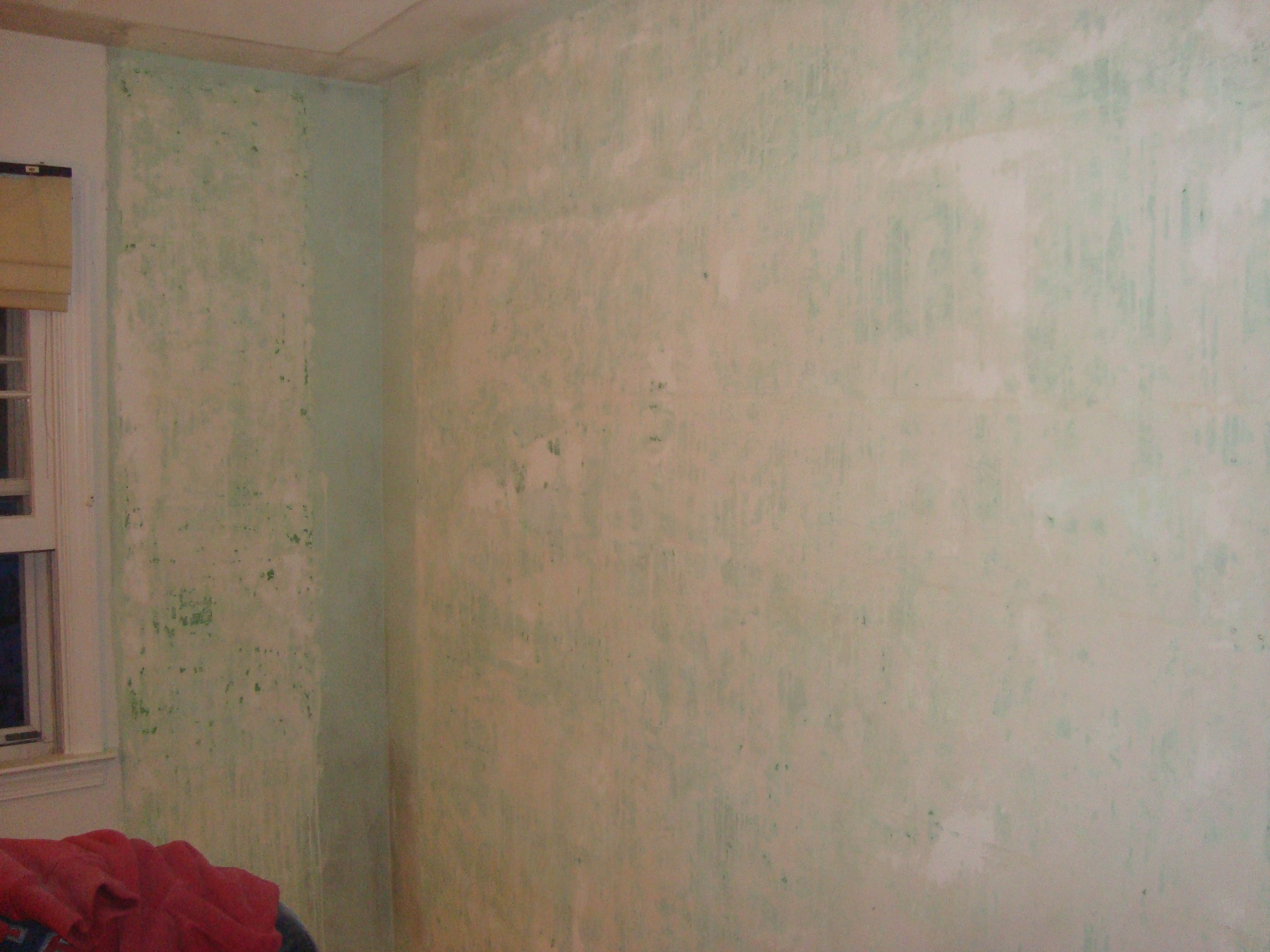 which was smooth enough that with one last round of sanding we were able to paint over and leave no sign that the shelves had ever been there.

Anyone ever done battle with chemical strippers?

This entry was posted in Office, Projects. Bookmark the permalink.