About a month ago, I showed you the sad state of things in our yard.  Since then, Spring has sprung, and we’ve spent many evenings after work and weekends slaving away in the yard as we attempt to undo the damage from two years of neglect.  There’s still a lot to be done, but I thought it was time to show off the progress we’ve made.  In addition to the long hours we’ve put in ourselves, we shelled out a little cash in order to get some of the bushes, leaves, and ferns taken out far more quickly than we could on our own.

Here’s how the front of the house has changed. 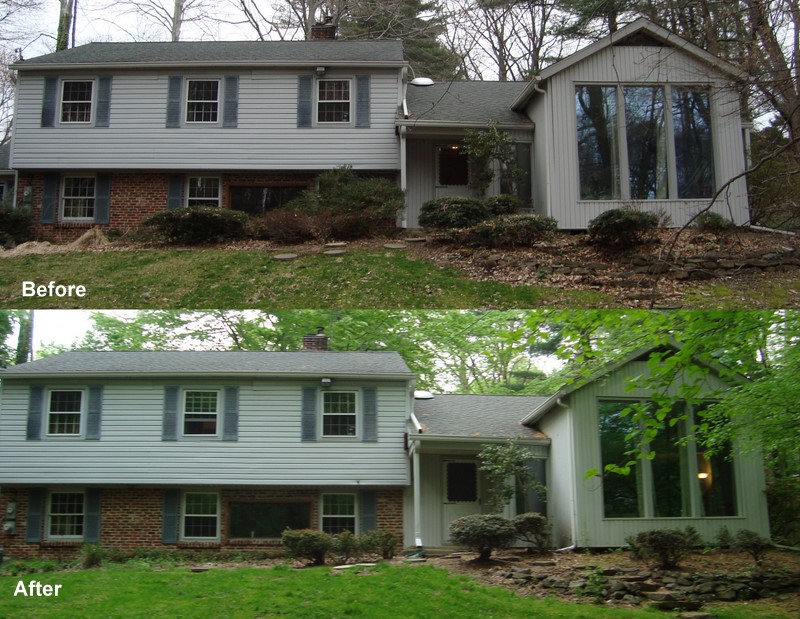 Although we can’t take credit for Mother Nature greening everything up, how much better does it look now that you can actually see the lower level versus having it hidden behind those bushes?

Here’s a close-up of that cute little staircase in front of the picture windows. 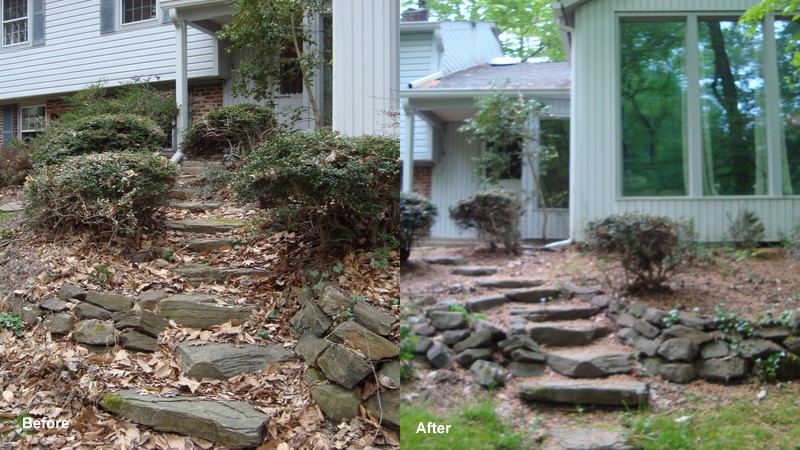 You can really see it without those leaves and all the excessive bushes!

The front walkway hasn’t been totally redone, but we’ve got an idea brewing. 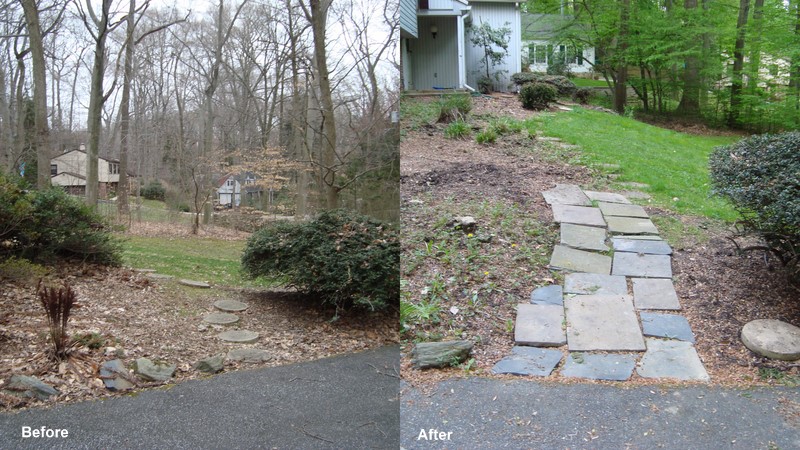 This won’t be the last you hear about that walkway, but as a teaser, we are re-purposing some slate stepping stones from the back yard to create this new, more polished looking walkway.

There are big changes along the driveway where Ferngully used to live. 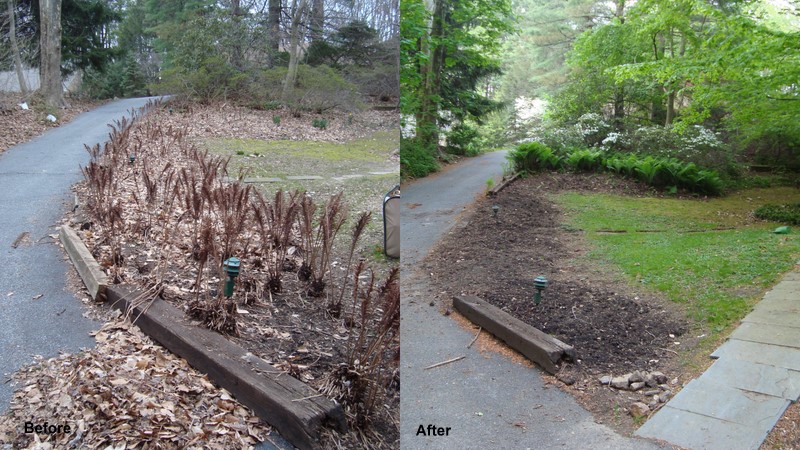 The majority of the ferns were ripped out, although at the top of the hill you can see the enormous ones we couldn’t get to before they grew…I think they may get another year.  We dug out the slate walkway in the middle of the yard and plan on digging the walkway in the foreground out as well.  I don’t think we will end up replanting this bed, we will probably just throw down some grass seed in the fall.

It’s hard to see the difference here, but major changes were made around the deck as well.

Other than the obvious addition of some leaves, we pruned back the beech tree overhead as well as all the rhodedendron bushes (if you can call something taller than you a bush) along the side.

There’s still a lot to be done…there are several areas of the yard we haven’t dealt with at all, and we want to start putting in some replacement landscaping of our own at some point.  For now though, it feels great to sit out on the deck and take in the beauty around us.  Here’s just a few of the blooms that have surprised us this year. 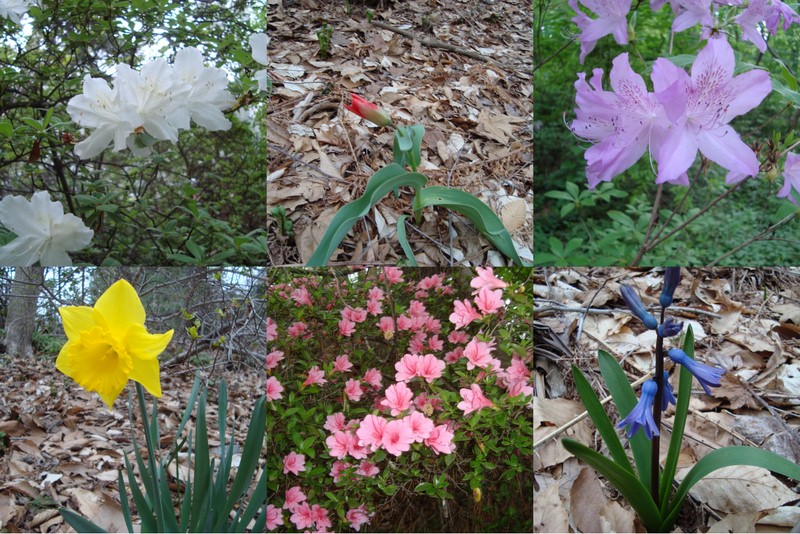 Anyone else have the gardening bug now that Spring is truly here?

This entry was posted in Uncategorized. Bookmark the permalink.