My mother’s visit a few weeks ago led to us pulling down the wallpaper in the kitchen, as I mentioned in my previous post.  This set off a whole kitchen makeover that we’ve slowly been chipping away at during our limited free time.

One factor in the renovation that we were debating was one of the most unique features in the house – the “stained glass” sliding doors. 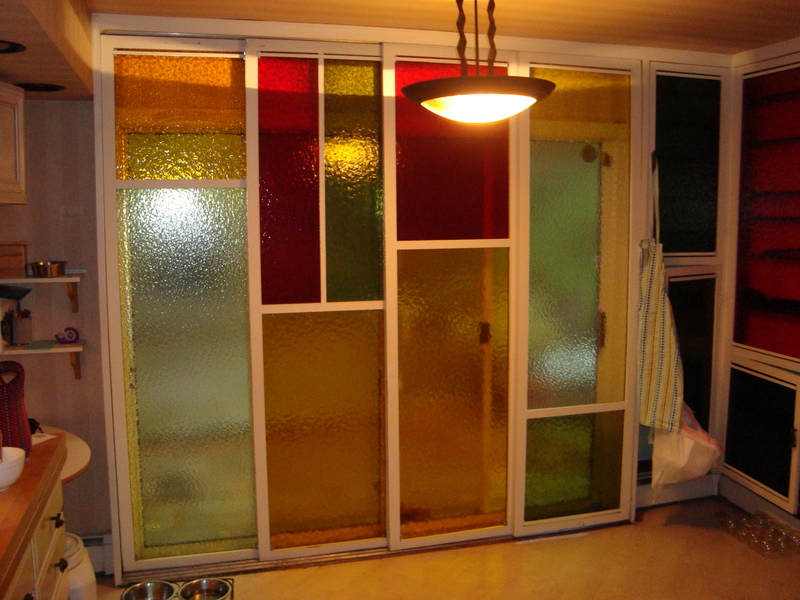 These sliders, which are actually more textured plastic than stained glass, are one of the first things people notice when we give them a tour of the house.  We’ve become oddly attached to them over the last seven months, but once we starting thinking about doing a kitchen makeover, we had to decide if they were going or staying before we could paint the walls or ceiling.  We can tell the previous owners got a little tired of them at some point – originally the kitchen was decorated in the bright primary colors of these doors, but at some point it was redecorated and the doors were covered with curtains.  We like the quirkiness of them, but ultimately we decided the colors are a lot to try to decorate around, and they are making the whole room look smaller. 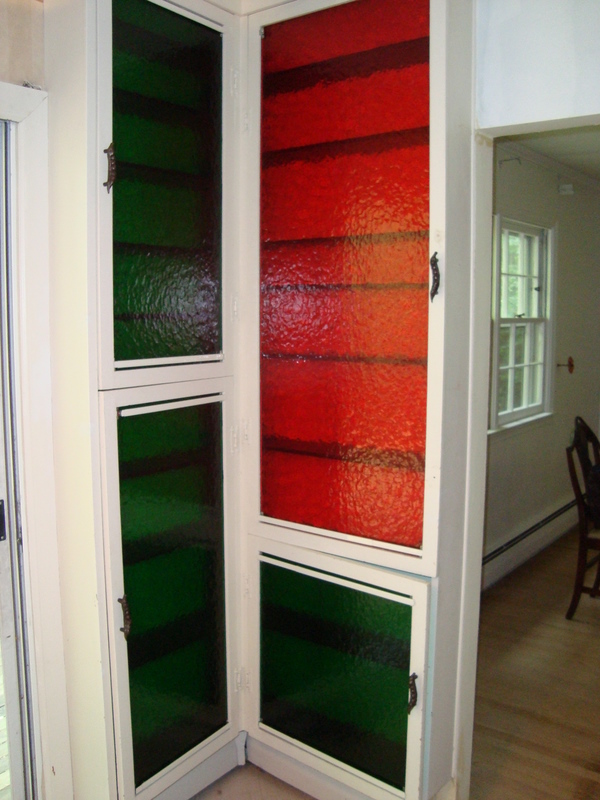 So one Saturday morning we began the process of demolishing the doors.  They definitely resisted us, but after a few hours of hard labor, we had a kitchen free of faux stained glass.  We decided to try listing it on Craigslist for free so that we wouldn’t have to figure out what to do with it.  We put it out by the curb Saturday night, and the next morning it was gone!  Love Craig and his list.

We went right from there into prepping the walls and ceilings to paint.  We had a ton of sanding and spackling to do from the damage we made taking the doors down, but after a couple rounds of wall prep we were able to start painting.  We painted the ceiling standard white and the walls Martha Stewart’s Natural Twine, in an eggshell finish.  We still need to put up some trim around the door, but here’s how it looks sans stained glass. 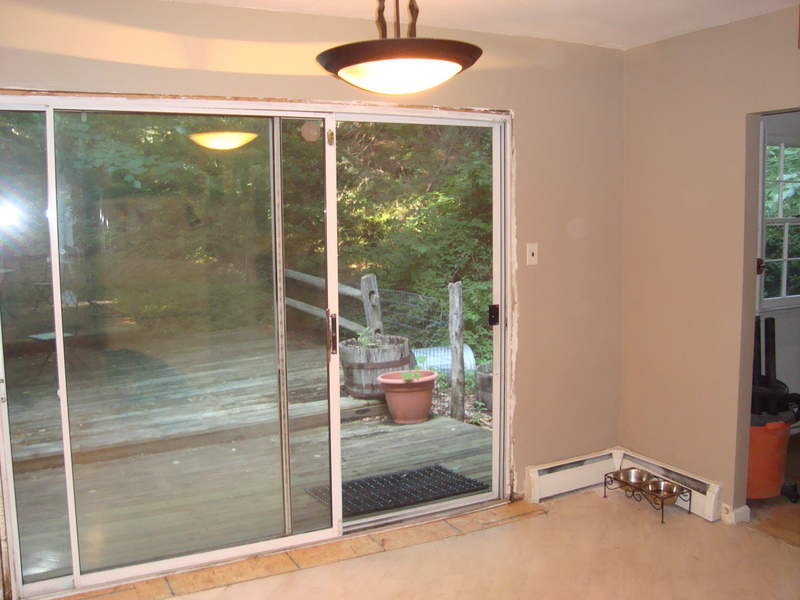 We picked the color to look good with the existing countertops, which we don’t want to replace as part of this makeover. 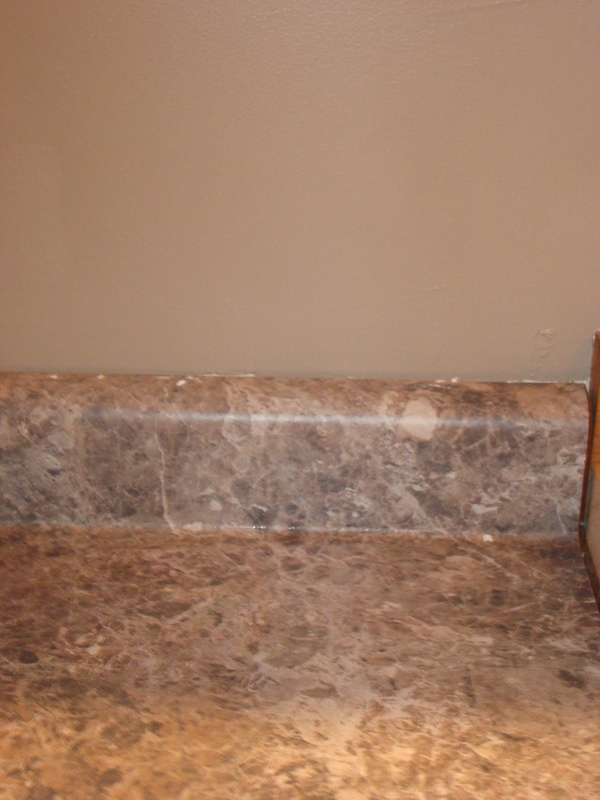 We also decided to pick up a kitchen cart from Ikea to put in the corner where the pop up table used to be.  We stacked the microwave an toaster on top of it, giving us a ton more counter space around the rest of the kitchen. 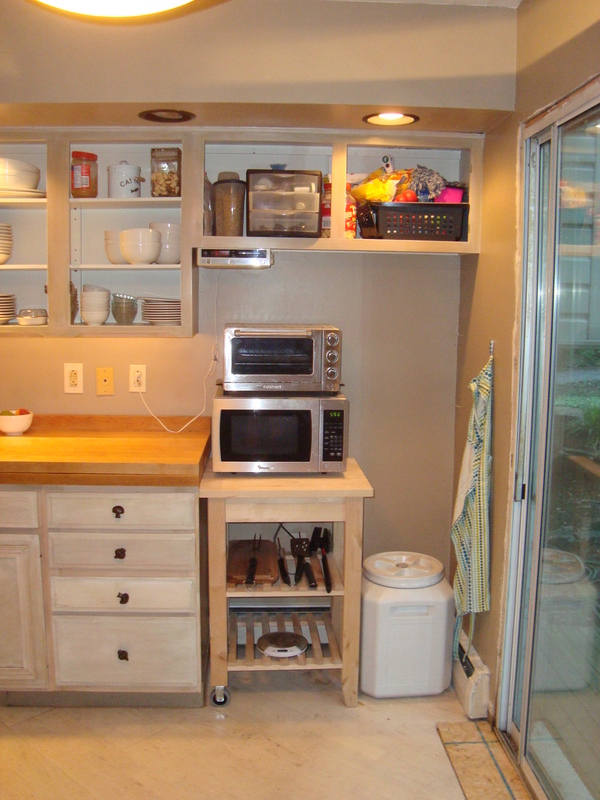 The cabinet door free look is starting to grow on me actually, now that we’ve lived with it for nearly a month.  Here’s a sneak peek of how things will look once we eventually get the frames painted and the doors back up. 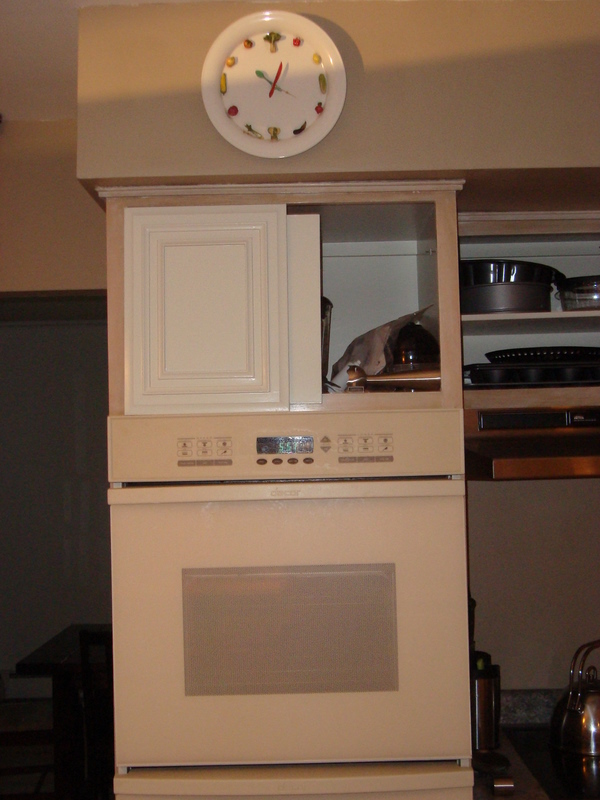 That’s actually the next project on the list.  The upper doors are all finished, but the lower doors and drawers need to come off and be painted, as does the frame.  Hopefully soon…

This entry was posted in Kitchen. Bookmark the permalink.

One Response to Kitchen Makeover!