Time for some more painting.

After we finished up the big kitchen facelift, we dove right into another project.  Because we are insane people who can’t stop renovating their house.  This time we decided to stay on the main level of the house and paint the dining room.  After all, we’ve got our fabulous new table in there, it deserves a nice place to live.  Additionally, we thought adding paint would show off the fabulous crown molding as well.  I know I might not have mentioned the crown molding before…well, that’s because it took  me seven months of living in the house to notice it.  Yup, one morning in May I happened to look up at the right angle and realize there was crown molding in there.  Fabulous surprise!

As far as the color goes, I’ve been dying to paint a room gray since before we even moved into this house.  I know it’s been one of the trendy colors in design the last few years, but I figure I don’t mind being trendy if I like the way it looks.  So I taped up some swatches as soon as we moved in and promptly ignored them for eight months.  Once we finally took some time to look at them we agreed pretty easily which one we liked (Cobblestone by Martha Stewart) and picked up a sample pot to be sure.  I’m kind of afraid to paint without picking up a sample pot after the great yellow debacle at our old house, but occasionally we live on the edge.

This time the sample pot just reinforced that we were on the right track color wise, so we got to work painting.  As always, I cut in while Rich rolled.  Our gallon of paint barely stretched to the end of the room, but luckily we made it.  Want to see how everything turned out? 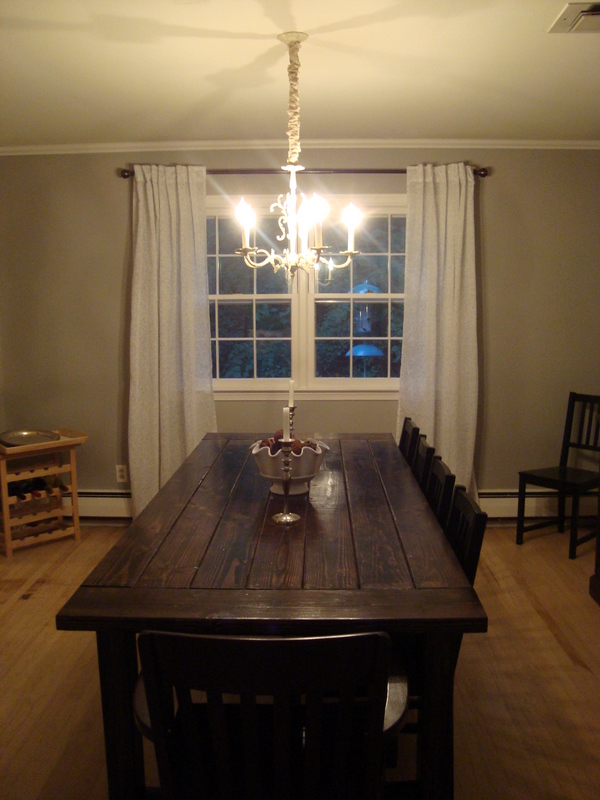 I realize it looks a little strange to have the chairs all lined up like that, but we have plans to build a bench for the other side of the table. 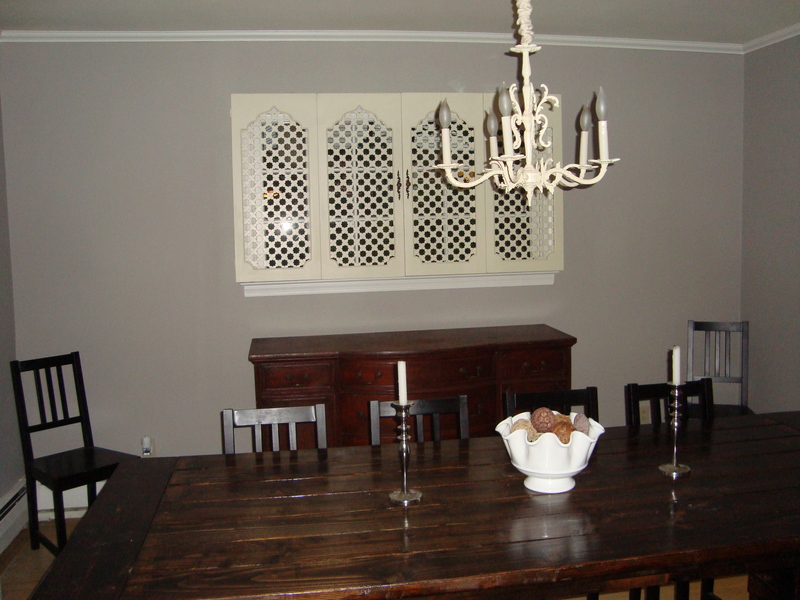 The paint makes the ivory tone of the shutter stand out, so we are going to try and spray paint it white to match the rest of the trim.  Originally I wanted to get rid of it, but I’ve gotten oddly attached! 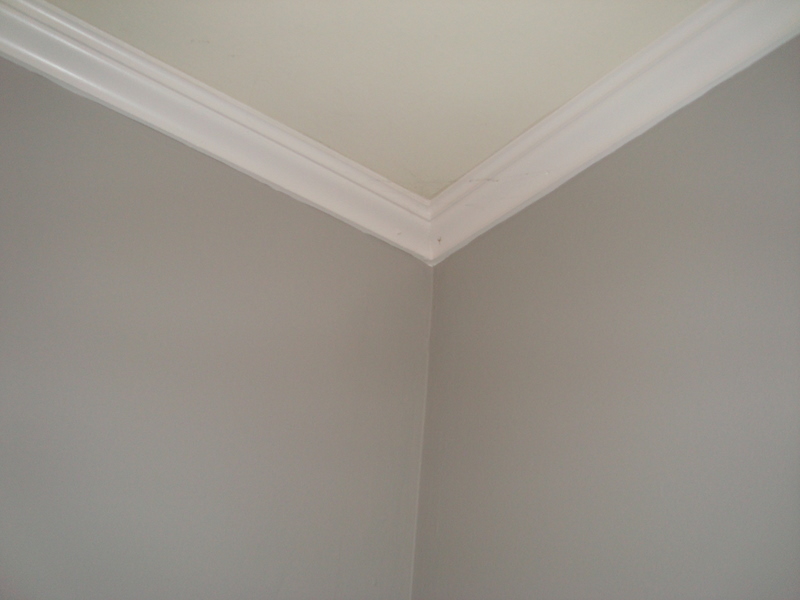 The secret crown molding!  I wish it was in every room. 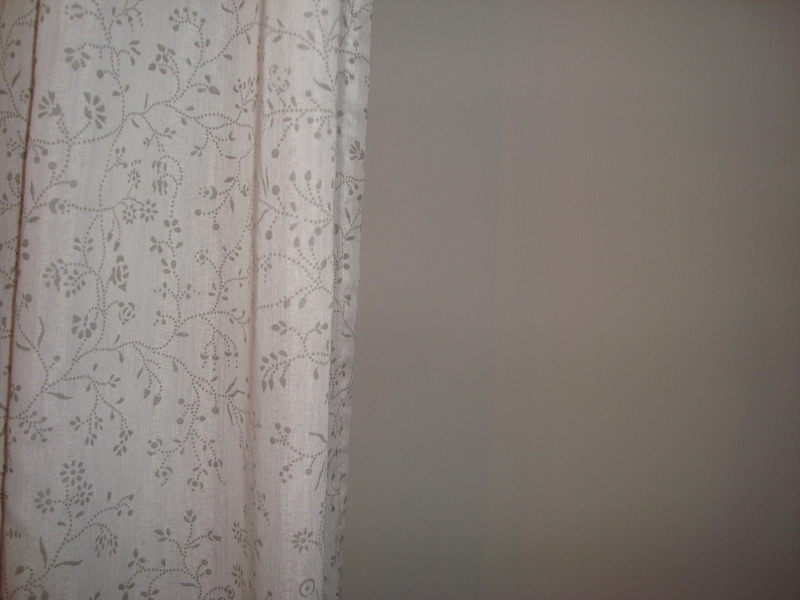 Curtains are an IKEA find, sheer with a gray print.  I love the little bit of feminine print in there. 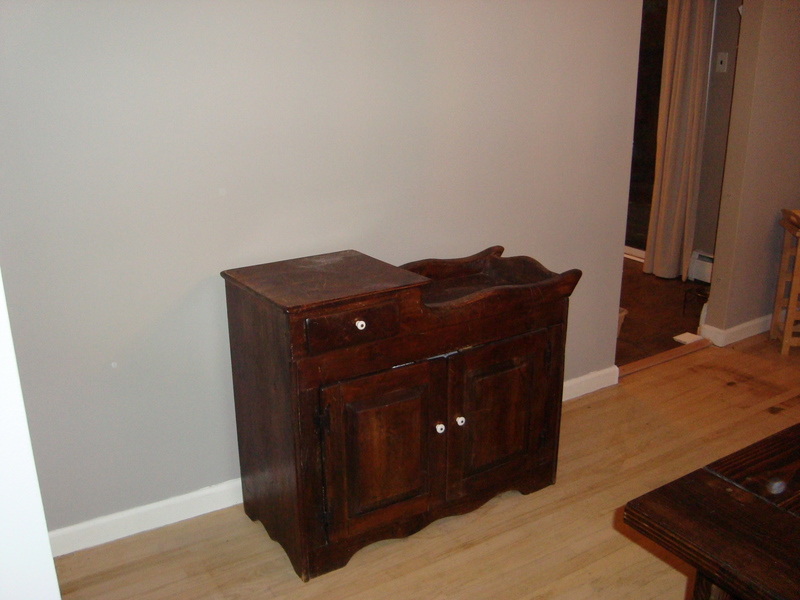 This antique dry sink serves as our liquor cabinet.  I’d love to refinish it, along with the sideboard on the opposite wall.  We still have to build the bench I mentioned earlier, as well as update the light fixture a bit.  All in good time, I suppose.  For now, the dining room is well on its way to being a place we might actually eat!  Someday.

This entry was posted in Dining Room. Bookmark the permalink.

2 Responses to Time for some more painting.